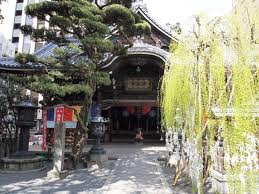 Ikebana has been practiced as a traditional art in Japan for more than 700 years. Unlike the western practice of clustering a mass of blooms, Ikebana is based on an asymmetrical line of branches and leaves with a few flowers, symbolizing heaven, earth and man. The container is also an important part of the composition.

The origin of Ikebana goes back to remote antiquity where trees were considered a dwelling place of the gods. Later, trees and flowers were dedicated to dead persons to comfort their soul.  After Buddhism was introduced to Japan (around A.D. 680) the custom of dedicating trees and flowers at the altar was developed and by the Hein era (794-1185) the practice of Ikebana was well established.

The original school of Ikebana has its beginnings with a priest at the Rokkakudo Temple in Kyoto. He was so skilled that other priests came to him for instruction. Because he lived next to a lake, the name Ikenobo (lake) became attached to the priests that studied altar arrangements. By the middle of the 15th century, Ikebana achieved the status of an art form and, besides the priests, the merchant class began to practice the art. Patterns and styles evolved and by the late 15th century, rules were established for combining materials in specific ways. The oldest existing text is Sendensho, a compilation of the art from 1443 to 1536.

As time passed, different schools of Ikebana were established, each “school” identified as generations of a family dynasty. Eventually, all levels of Japanese society were allowed to practice Ikebana, not just the upper classes –even the Samurai were required to study!  Today, the headquarters of the Ikenobo School is still located next to the Rokkakudo Temple (above) where I began my teacher training!

Ikebana is studied throughout the world with hundreds of “schools” and organized chapters in every major city in the United States. To reflect the rich diversity of the Bay Area, I decided to establish my own school, The Tayou Bunka (multi-cultural) School of Ikebana. This new approach welcomes people of many different cultures to learn traditional and modern techniques of Ikebana.

This site uses Akismet to reduce spam. Learn how your comment data is processed.